What They Were Thinking

It's been a cool and soggy Memorial Day weekend roundabout Exit 151, and I don't mean the uproar over a certain sportswriter's selective unease about the Indy 500 winner or the pushback to a certain First Blogger's let-them-eat-cake recipe. No, no, fluff-filled brain that I have, the observation is merely meteorological – the weekend was cool and rainy.

In between the raindrops I managed to visit the Presby Iris Gardens, which lived up to their nickname, A Rainbow on the Hill. And there were plenty of buds, so the display should remain lovely for at least another week. 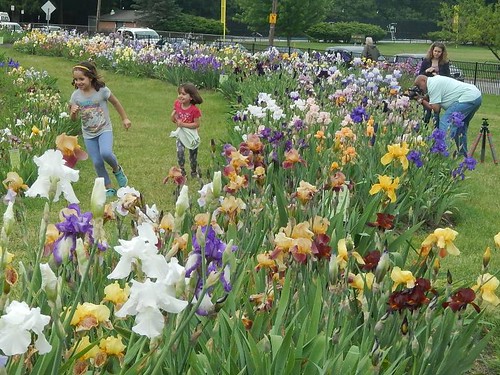 Gentle readers may recall that last month's quick pickled asparagus disappeared fast, which prompted me to put up the shelf-stable version for the May FIJ challenge, cold pack. This time I used Marisa McClellan's recipe for Pickled Asparagus Spears, put up in 12-oz jelly jars. Compared with the quick pickle, the processed version (unsurprisingly) is wrinkled and softer, although not as overcooked as commercial canned asparagus, and the extra heat infused the brine with the color of the red pepper flakes. There was some siphoning, nothing too distressing, and the yield was perfect. All good, except it turns out the happy hope of preserving spring bounty was mostly foiled by the insatiable munching jaws at casa Jersey Knitter. As fast as the asparagus is prepared, just so quickly it disappears! That's mostly gratifying, only slightly frustrating. 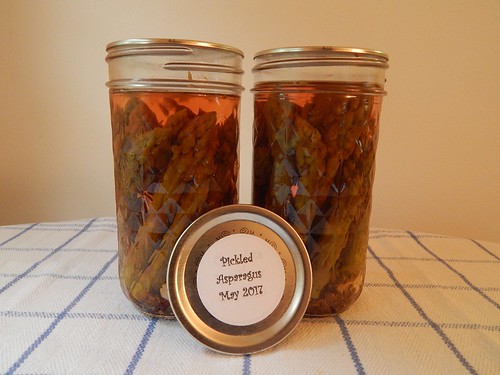 Somehow Sock Madness 11 has managed to reach Round 5, leaving me far, far behind, even for a patterns-only non-competitor. After a personal best last year, there are too many distractions this year! And my wandering attention has wandered to June Camp Loopy (and the Tour de Fleece 2017). Here's my yarn for camp, Cascade Ultra Pima. I'm wavering (again) on the pattern. This year's theme is dinosaurs; I've been assigned to Camp Stegosaurus. Although my dino totem is a Velociraptor. Perhaps that bodes well for fierce and fleet knitting? Surely it doesn't signify much frogging and shredding? 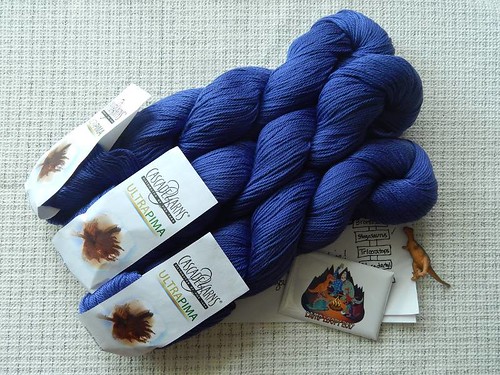 Alas, cruel reality intrudes on these pleasant knitting musings: I expect to be crazy-busy in June (and traveling on the day of the TdF Grand Départ, July 1). What am I thinking???